Far far away, behind the word mountains, far from the countries Vokalia and Consonantia, there live the blind texts. Separated they live in Bookmarksgrove right at the coast of the Semantics, a large language ocean. A small river named Duden flows by their place and supplies it with the necessary regelialia. It is a paradisematic country, in which roasted parts of sentences fly into your mouth.

Al Giga counts more than 25 years of creation and experience in the field of fashion.

He grew up in Toronto, Canada and studied Fashion And Marketing at the International Academy of Fashion in Toronto and Montreal.

Working as a Fashion Editor at Elle Canada magazine, he came to Greece for a fashion photography in 1993.

Enchanted by the beauties of the country, he decided to stay in Greece forever, where he started his long career in the field of publishing, advertising, image making and personal styling of artists and celebrities.

He collaborated as a Fashion Editor with the biggest magazines in the country such as Elle, L’Officiel, Esquire, Nitro, Votre Beaute.

He was chosen by the house of Hermes to make the display window for its first boutique in Greece.

He helped with the visual merchandising of the official Greek products of the Athens Olympic Games 2004.

He collaborated with all record companies undertaking the image making of artists such as Kaiti Garbi, Antonis Remos, Despina Vandi, Sakis Rouvas, Angela Dimitriou, Eleni Tsaligopoulou, Giannis Kotsiras and many others.

He was also a styling teacher at Pansik School.

From 2014 until today he maintains a boutique in Mykonos with his favorite products exclusively by Greek designers.

In 2015 he created the AL GIGA MYKONOS collection with unisex clothes, glasses and his own perfume 01. 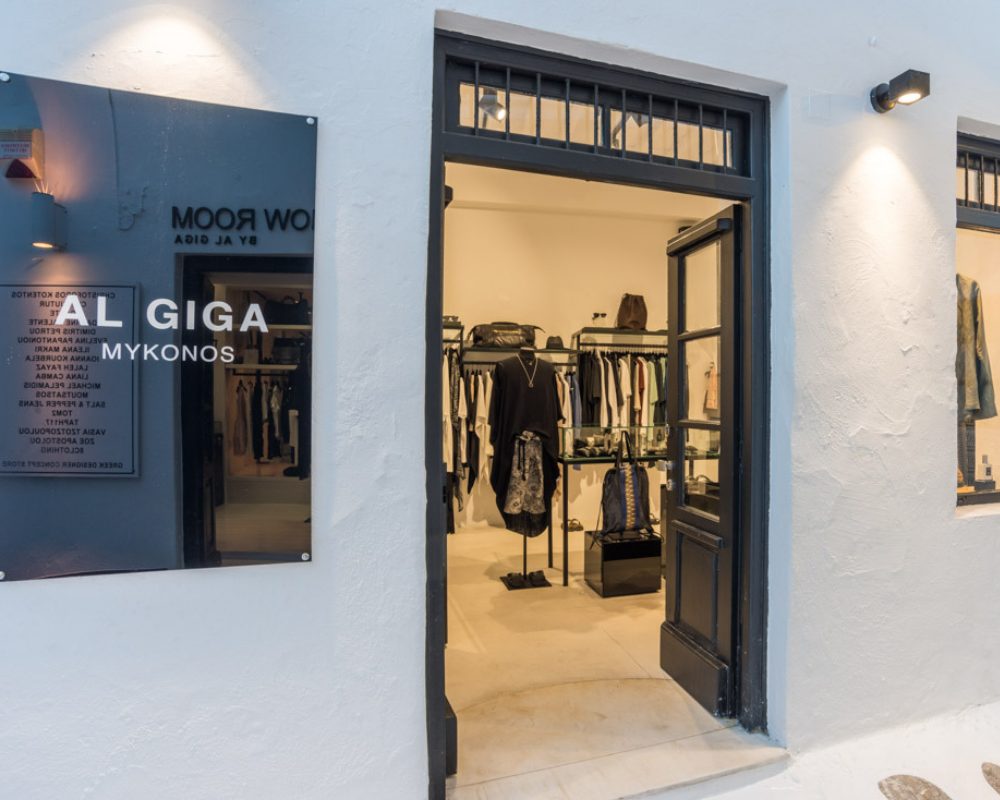 On top of the world!! #mykonos

Hand made rings with semi precious stones set in s